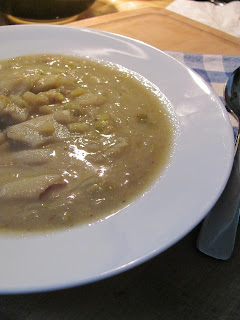 It seems lately that all I want to make is soup.  I finally made one worthy of writing about.   I started preparing for this soup a day ahead of time.  I prepped the leeks and fennel, stored them in Tupperware and made the stock.  For the stock I used the fennel greens as well as the bottom and outer most layer of the bulb.  I also used the tender interior portion of the leeks that can be uncovered when the top, dark half of the foliage is removed and discarded.  The stock had 6 cloves of garlic that were going dry/soft, 1 yellow onion cut in half, some kale stems, one large carrot, handful of parsley stems, 4 deseeded apple cores, bay leaf, salt and a turkey leg- covered in water, brought to a boil and then allowed to simmer for over two hours.  The flavor of this broth seemed perfect for the soup I wanted to make.

Prep fennel, leeks, and onion.  Melt butter in large pot and add the leeks, fennel, and onion with about 1.5 teaspoons salt and some fresh ground pepper.  Cook until soft- but not browned... about 25 minutes, stirring occasionally.   Near the end of their cook time prep the potatoes.
Add a small amount of broth using it to deglaze the bottom of the pot. Add all the potatoes, season them with salt and pepper then and the 5 cups of broth. Bring to a boil, reduce heat and simmer for another 25 minutes.  Blend about 1/2 of the solids in the liquid.   ( You can blend all of the solids if you like,  but I enjoy the mix of creaminess and the separate flavors of the different vegetables.)

I serve with andouille sausage on the side.

Ault's Family Farm, one of our very favorite meat producers, has just sent out the letter below to those on their e-mail list.  So very sad to see them go...
Hey folks,
We wanted to bring you up to speed on what's happening with Ault's Family Farm. For the last couple years Chris and I have been working hard trying to make a living off the farm. Throughout each year we sit down and go over the books to see where we stand on profit and losses and if we are behind we rethink how we are running the farm and conducting business with our customers. As of the end of this year we are still in the red and the farm has not paid us a dime. We produced more this year than we ever have and had a record selling year. For that, we thank you. But due mainly to the increase in grain and gas prices we have decided to shut the farm down and just become a sustainable farm growing for ourselves until we can again rethink how we can make the farm profitable. We hope to ramp up our bee operation and increase our lamb and beef production.  We'll grow hogs for ourselves and may have a few extra to sell. So in saying all of that, we will miss you all and all of our fellow farmers and vendors. Stay tuned for future updates on the farm.  There may be a work shop or two coming up, lots of projects that we will be doing that may interest some of you. We may look into custom growing but for now just work, work, work and catch up on some of the things that need attention on the farm.
It is our hope for you all to have a healthy, happy and prosperous 2013.
Posted by shannon at 4:32 PM 0 comments 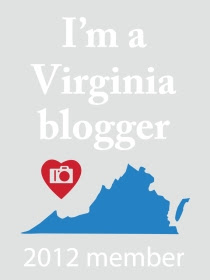